Jiva Dance, founded in 2007 and under the artistic direction of Sonali Skandan, is a critically acclaimed dance company based in NYC.

Jiva Dance strives to present work that is inclusive, universal and challenging. Jiva Dance explores the intersections of classicism, modernity and experimental. Jiva Dance is not tied to Bharatanatyam’s cultural specificity, but creates work that reflects our lives in a diverse urban environment. Jiva Dance holds the belief that tradition is a continuum of evolution and hopes to invigorate classical works with a freshness and unique voice.

As a Company, we feel the vocabulary of movement and expression has the ability to transcend both time and culture. The work we create seeks to expose the dynamism inherent in Bharatanatyam by incorporating modern ideas, movement patterns and music. The Company creates original works that and reenergizes classical pieces with innovative staging concepts. We believe that Indian classical dance is a living, breathing, holistic art form, and is not fixed but is continually evolving.

Jiva Dance has received considerable recognition in the press and has been recognized as a leader in the arts. Jiva Dance presented work in major venues in the US, becoming the first Indian Classical dance company to be presented at the prestigious Victory Dance Series at the New Victory Theater, the first Indian Classical company to be part of the CUNY Dance Initiative (2017 and 2018) at Queens College Jiva Dance was also featured on NBC Learn, in a short documentary titled ‘Why We Dance.’ Jiva Dance’s first dance film short, ‘Urban Nritta,’ has received much attention, and was an official selection in the 17th NY Indian Film Festival. The Company continues to receive choreographic commissions from a wide range of arts organizations. Jiva has been the recipient of National Endowment for the Arts grants,  New York State Council on the Arts awards, NYC Dept. of Cultural Affairs awards and Lower Manhattan Cultural Council awards. Jiva Dance was the inaugural recipient of the Dance/NYC Dance Advancement Fund and receives ongoing private donations to continue its work from its supportive patrons and community base.

“These dancers turns their bodies into a language; as if every hand-motion or foot stomp is a hieroglyphic. By the end of their act, you swear they could be painted on the sacred walls of pyramids because they are so visually potent.”

Sonali Skandan is a passionate and accomplished artist of Bharatanatyam and one of the more visible artists in the field today. Sonali has been an NYC resident for almost 30 years, and her work reflects the urban, dynamic and diverse atmosphere inherent in the city. She is a student of the legendary C.V. Chandrasekhar and Bragha Bessell of India and is receiving creative mentorship with senior dance artist Maya Kulkarni. Learn more about Sonali Skandan here.

“Eye gestures, smiles of irony, and wistful tilts of the head make the movements of the cosmos visible on a human scale.” 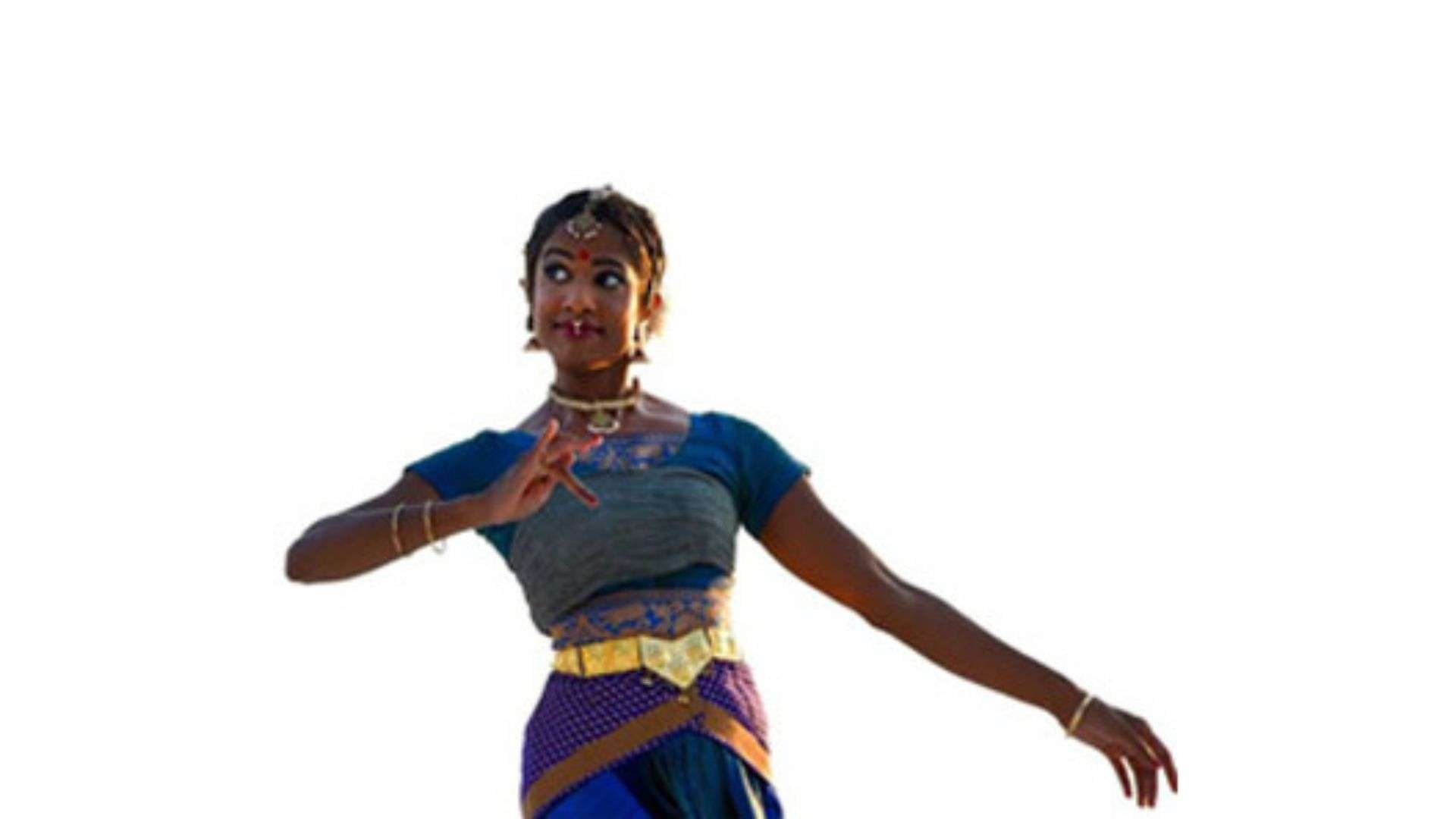 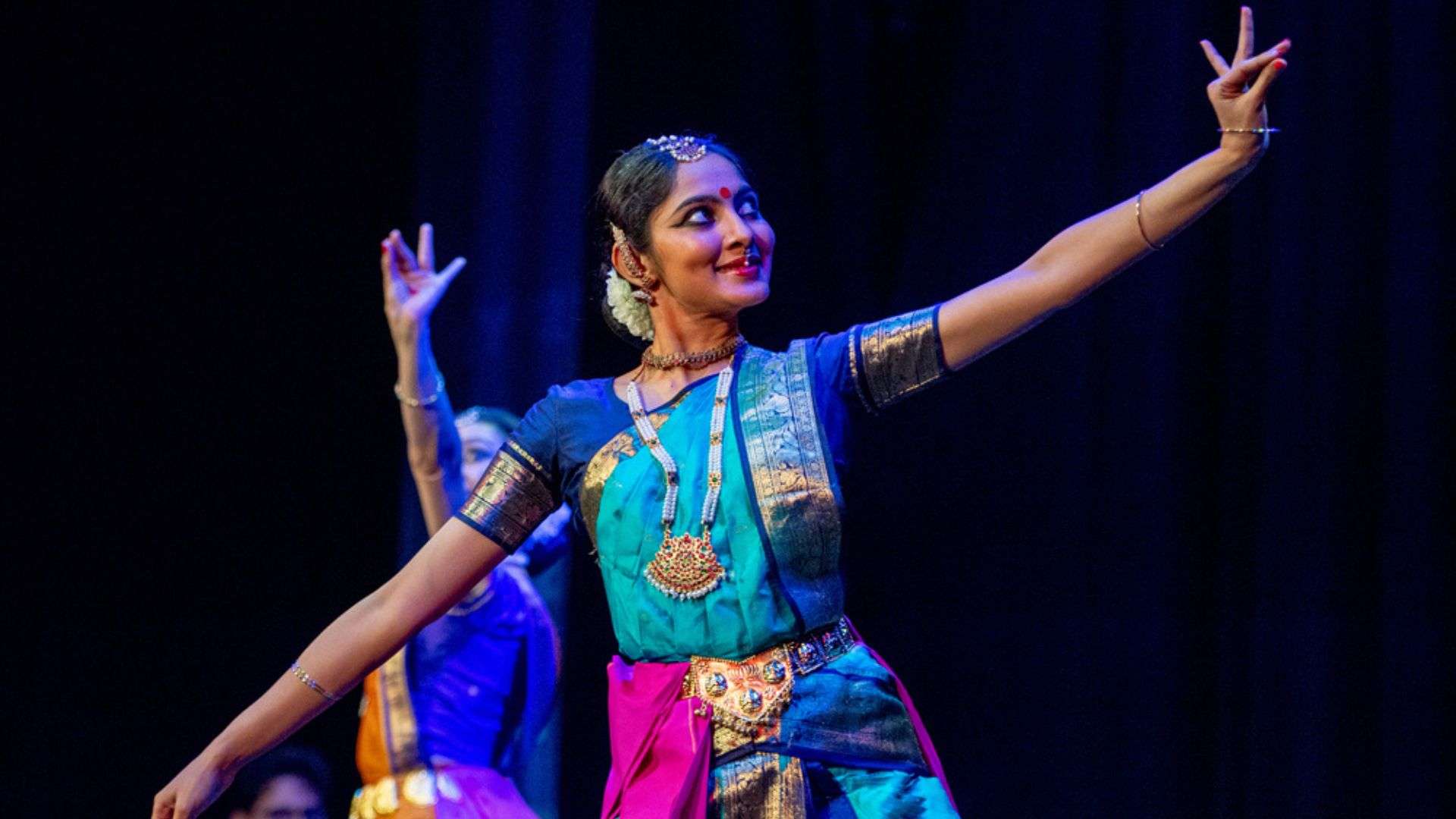 Aishwarya Madhav is a professionally trained Indian classical dancer, with expertise in Bharatanatyam and Kuchipudi. She is trained under Rema Madhu, and has further advanced her training under N Srikanth. She has performed in more than 60 venues across India and US. 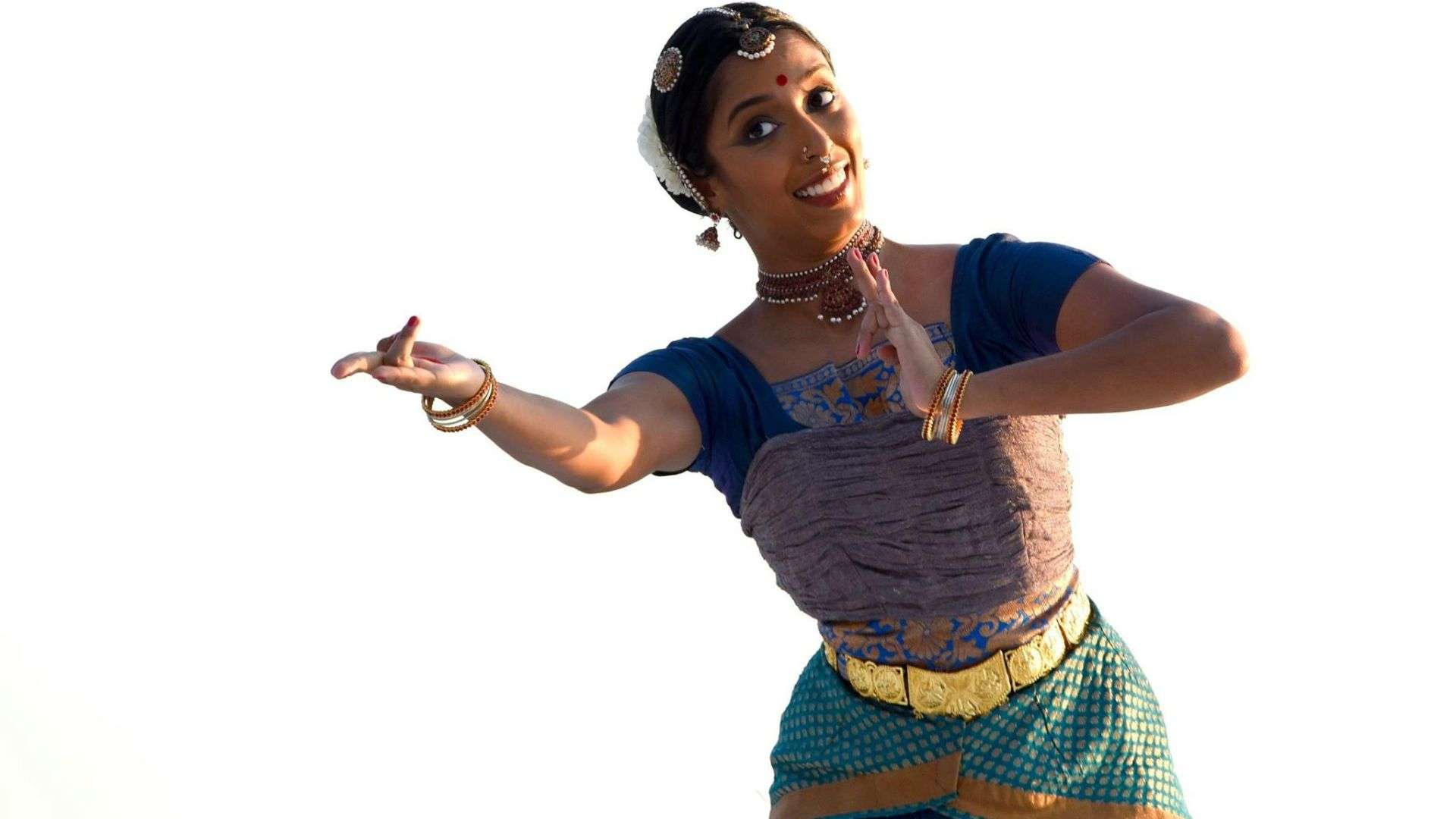 Aishwarya Sriram as been studying and performing Bharatanatyam for the past 20 years. She initially trained under Mrs. Uma Chetty of Apsaras Arts in Virginia, and later pursued advanced training under Mrs. Padmarani Rasiah Cantu and the Dhananjayans of Chennai. She has performed in venues in the US and India including the Virginia Museum of Fine Arts, University of Virginia, University of Richmond, Good Morning America, Narada Gana Sabha, Lamakaan, and Seva Sadan. Aishwarya has also studied modern dance for several years, and was a dance minor at the University of Virginia. As an undergraduate, she was 1 of 2 students to receive the Harrison Institute Arts Award. Aishwarya has been dancing with Jiva Dance in New York City for the past few years. 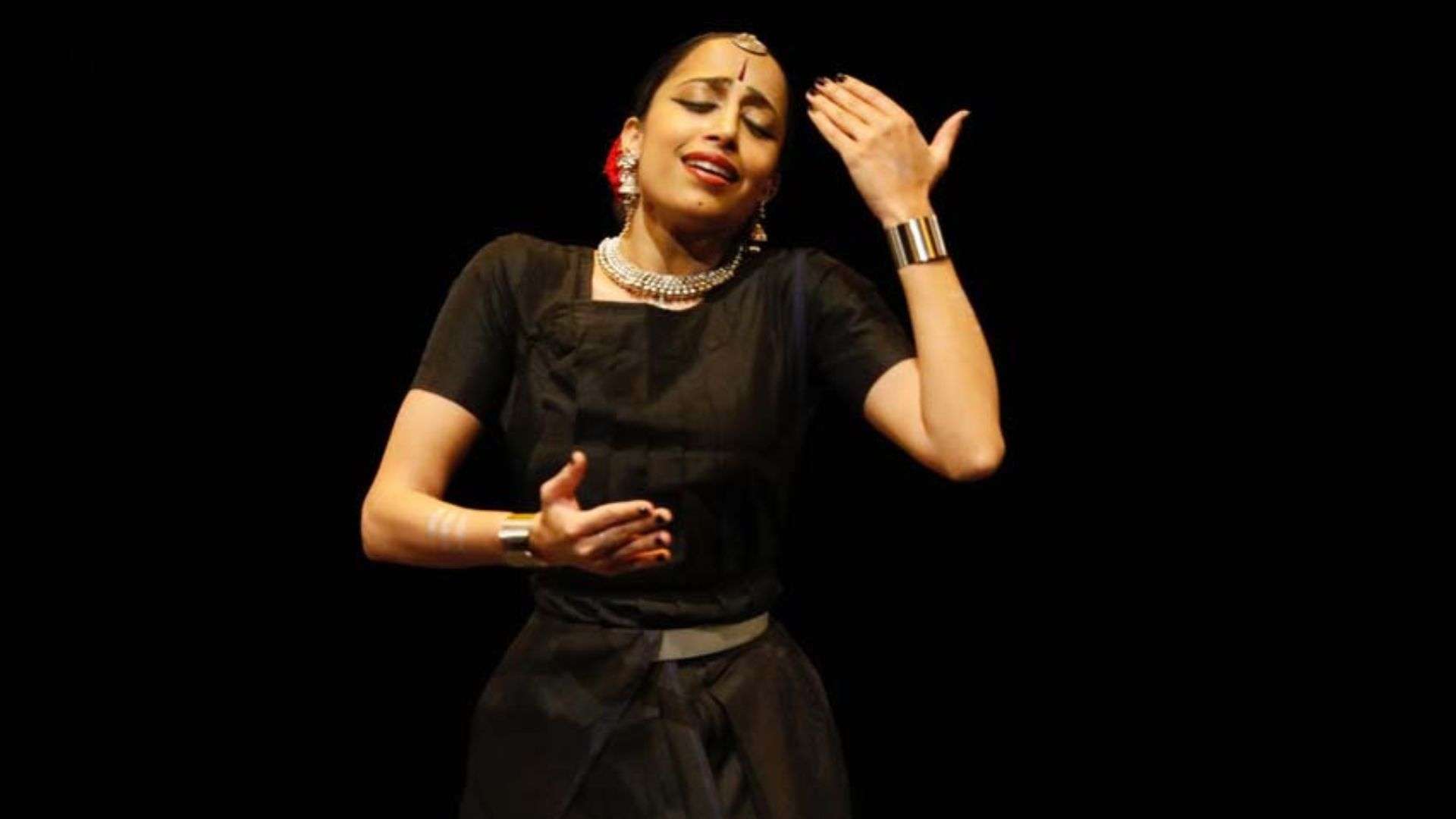 Born and raised in Los Angeles, Amrita Doshi is a Bharata Natyam dancer pursuing dance, design, and production in New York. She has trained in Bharata Natyam with Guru Viji Prakash and Mythili Prakash and has continued to dance nationally and internationally with the Shakti Dance Company, Sonali Skandan’s Jiva Dance, and Preeti Vausdevan’s Thresh Dance Co.. Most recently, she performed in the 2019 Drive East festival with The Four Horsemen, and prior to that, she toured in Los Angeles and Singapore for Mythili and Aditya Prakash’s production, Mara. 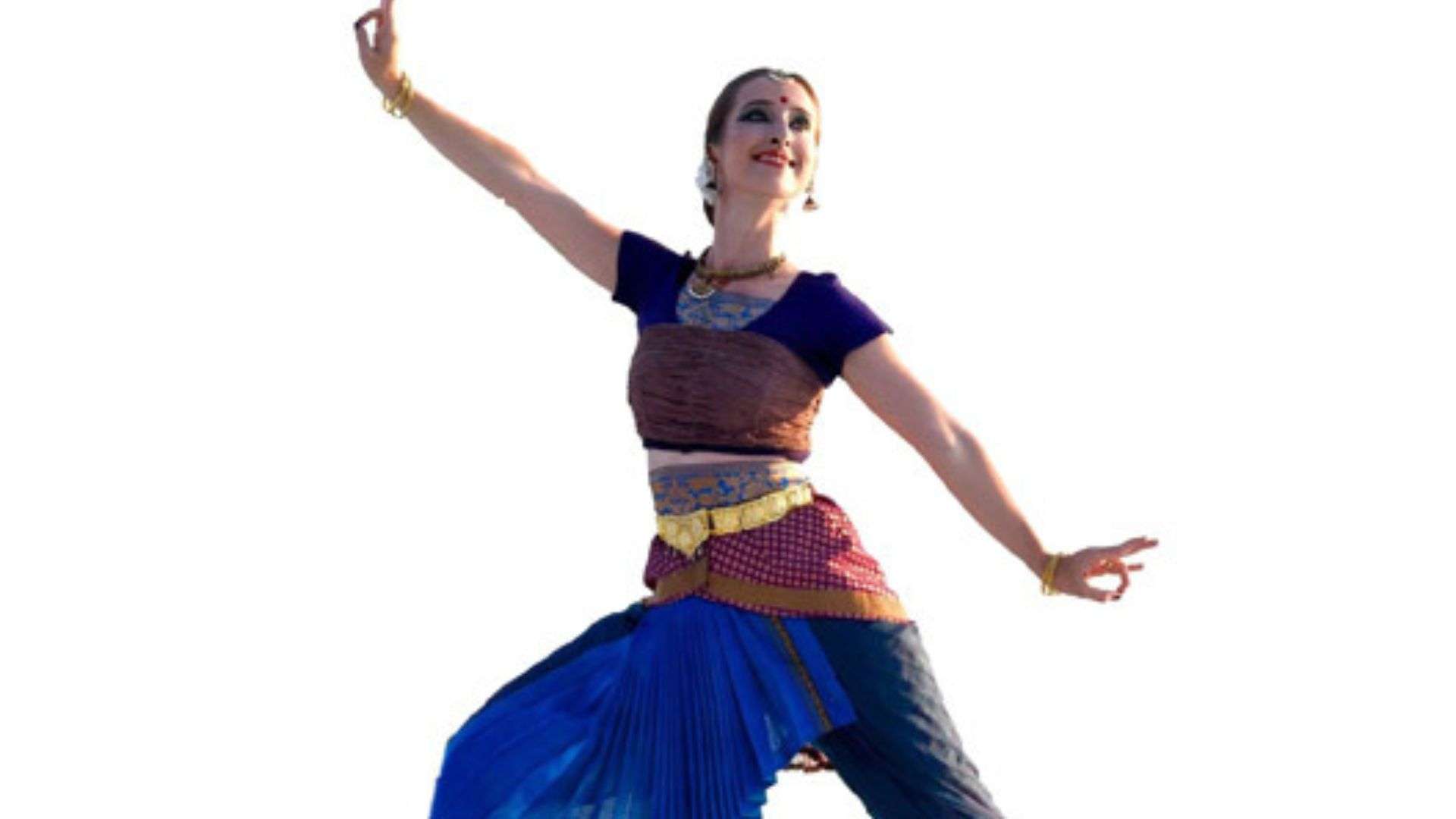 Komala Kumari began her Bharatanatyam dance journey at the tender age of three under the guidance of her sister, Anapayini Jakupko. Since then, she has received years of rigorous training in Chennai, South India under her Guru, Srimati Indira Kadambi. Kumari taught and performed with the Bhakti Kalalayam dance academy in Florida for ten years before moving to New York where she she freelances and teaches dance. Kumari has performed extensively on tours across Canada and the US as well as Mexico, Panama, England, Poland and India. Kumari is the 2016 recipient of the Vazhavoor Ramaiah Pillai Grand Prize from the Cleveland Tyagaraja Bharatanatyam Competition. Kumari dances because it is not only her passion, but it is her expression of devotion and a profound spiritual offering. 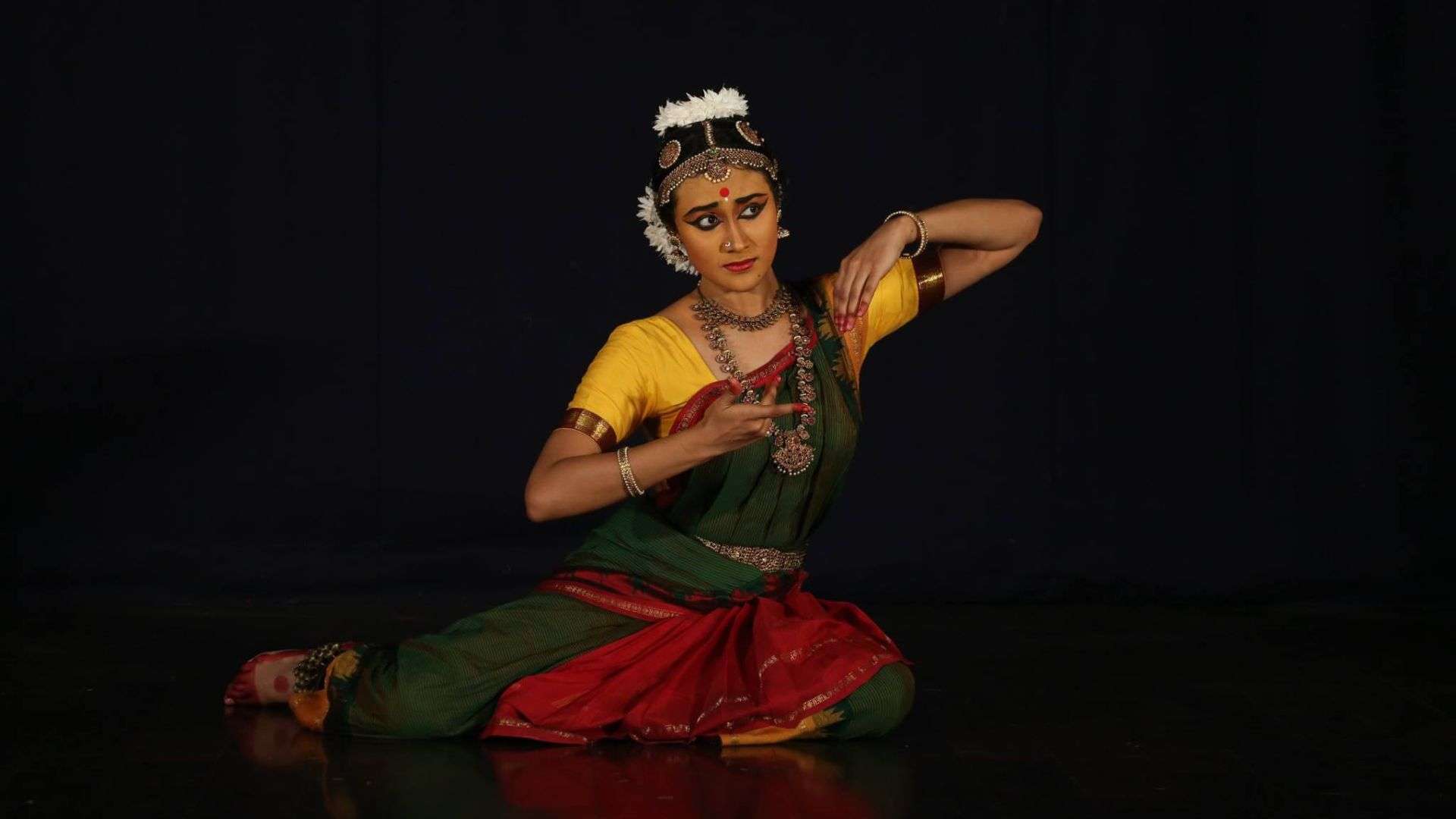 Varsha Radhakrishnan is a professionally trained Bharatanatyam dancer of 23 years, and has studied extensively with Smt. Divya Shiva Sundar, Smt. Shobana Bhalchandra, and Smt. Sujatha Rajendran of the Kalakshetra aesthetic. With an upbringing in Kuwait, rigorous dance training in Chennai, and professional pursuits in the UK and US, she is intrigued by multicultural perspectives on art. Distilling the essence of a movement and Abhinaya has helped her to connect to diverse audiences across India, Kuwait, and the US. In NYC alone she has performed in multiple dance productions with Aalokam dance company, and is a new member of Jiva Dance.

“Bharatanatyam has well and truly entered the 21st century as it engages with an increasingly wide range of themes and ideas, pushing into thought-provoking political and socio-cultural realms, the abstract and the concrete, and embracing the myths, stories and issues of the world at large.”