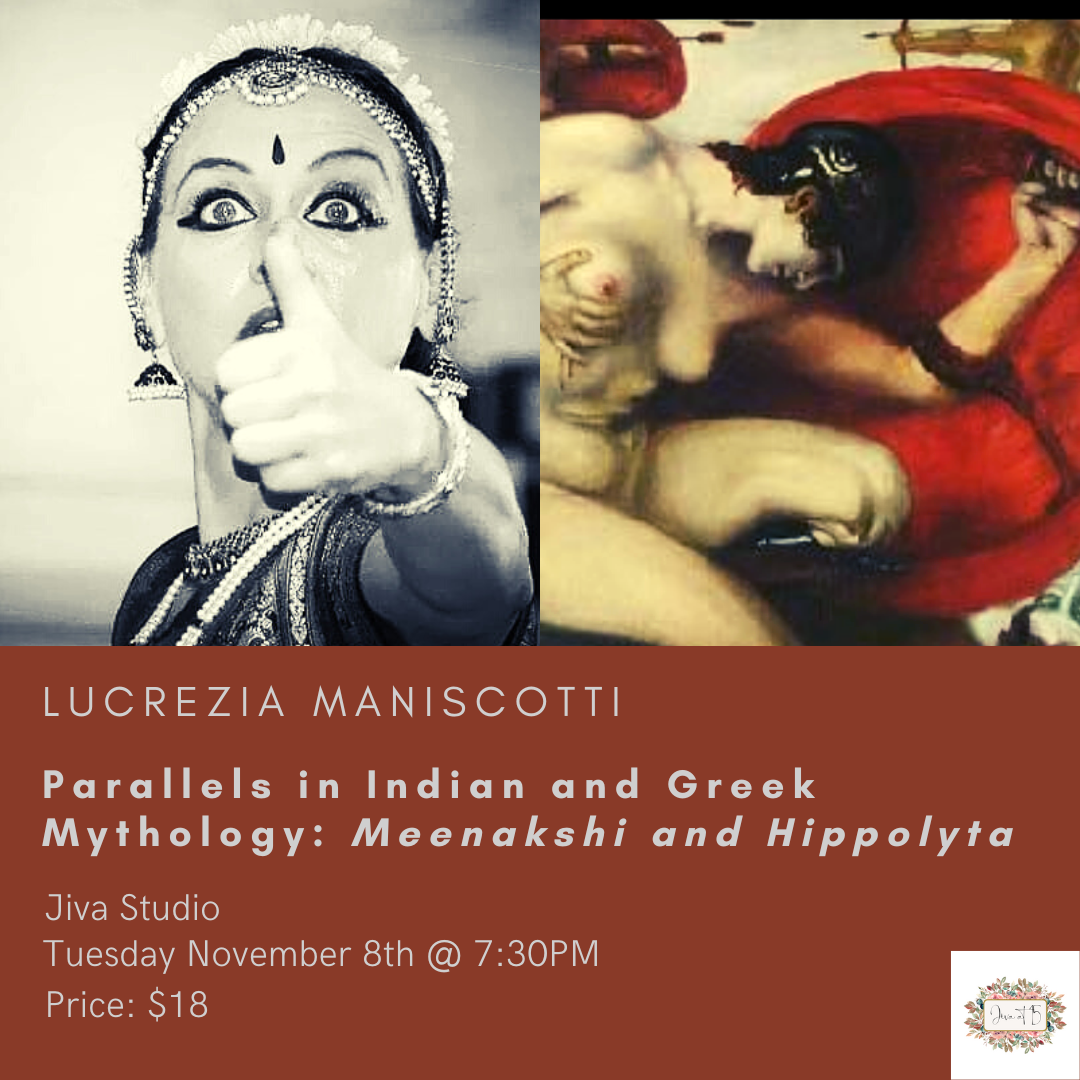 Join us for an intimate evening of sharing with accomplished dancer, researcher, theater artist and teacher Lucrezia Maniscotti from Milan, Italy. Lucrezia shares her recent work as a visiting artist at the Centre of Hellenic Studies of Harvard University researching the many synergies between Indian and Greek mythologies. She focuses her explorations on two iconic female characters – Meenakshi, the fish-eyed warrior princess and Hippolyta, the queen of the Amazon.
Hailing from Italy, Lucrezia Maniscotti is a Bharatanāṭyam dancer, and a western drama theatre artist. She acquired both academic as well as artistic working experiences in the performing arts over the last 3 decades. She completed her MA degree from University of Milan, with a dissertation comparing the Indian and Western theatre forms and has been a recipient of the prestigious one year scholarship for International Excellences (Milan University and Cariplo Foundation) to master her art in India.  Founder of Sagome Teatro Association and Director of “Accademia Sangam”, Lucrezia pursues a key role of bringing the Indian classical arts to the forefront in Europe. She has worked with important cultural and academic organizations across Europe, as well as the Indian Embassies. At present, she is a self-employed teacher in Italy working in collaboration with eminent institutes such as the Musical Conservatory of Vicenza, the University of Milan, the Accademia La Scala, to name a few. Lucrezia has been trained in Chennai (Tamil Nadu, India), from eminent gurus such as Padmashri Adyar K Lakshman (in traditional Bharatanatyam) and Bhagavatula Seetharama Sharma (in Carnatic music) and from Smt Indira Kadambi she learnt abhinaya, the expressions technique.